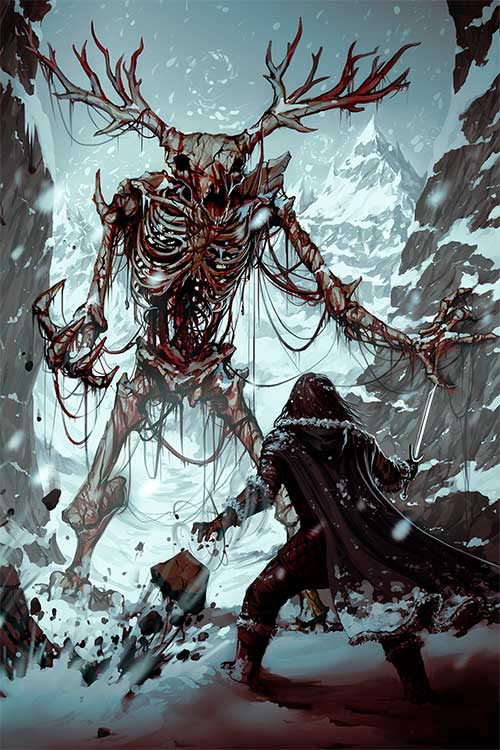 It's been several, long months since my last update. Unfortunately, I think it almost goes without saying... 2020 was a very rough year for most of us.

My year was no exception.

You see, my last job was in a 24/7 Operations environment. It was stressful, and not many folks there were happy. And what do people do when they are unhappy? Well, they leave. They find something else. Something that might make them a little less unhappy, a little more free to pursue the things they enjoy.

But what happens if they want to leave, yet can't find somewhere else to go? Well, I suppose they become bitter over time. The next thing you know, you find yourself doing the work of two or three people, shuffling your schedule to cover shifts when those vacant positions could have filled the gap. Management can't hire anyone, but is unwilling to fix the problems they've created. Things will work out eventually. They always do. Right?

It doesn't take long to realize you're stuck.

That's where I found myself at the beginning of 2020, but it only seemed to get worse. Being in a Mission Critical position, there was no relief during COVID. Instead, things got much worse and it felt as if we were constantly under friendly fire.

To put it plainly: Writing became difficult. Strained. I wanted to believe I could write through it, that I could push through to the other side and somehow come out victorious, but I was running out of steam.

You see, as a writer, I know when my writing isn't hitting the mark. I don't get Writer's Block in the traditional, mythical sense. Instead, I get the feeling that something is off. Usually it's a clever section of text that I thought was particularly good, but doesn't match up with the characters or a small detail I got wrong. Everything seems to gum up in the gears until I can find the problem and fix it. Then everything moves forward again.

Okay, you got me. That's only partially true. Another thing that stops me from writing is fear. Fear that I'm not good enough. Fear that I don't really have what it takes. Fear that after working the ol' so-called 9 to 5, I don't have enough in the tank to sit down and create a world and characters that are worthy of your attention.

I love to write, but I also take my writing very seriously. When I sit behind the keys and type out each word, sentence, paragraph, page... I'm putting a piece of myself into that story. Over the last year, I didn't feel like I had enough of myself to give. I wanted to be better. I tried to be better. But everything I tried to write came out wrong.

Then I got a job offer. It was a long time coming, and I still had to wait several months before I could start the new gig. Delay after delay pushed the date further; until, at last, I was able to start during the first week of December. A huge weight was immediately lifted.

For the first time in months, I felt my head begin to clear. I looked at my work on The Broken Blade with fresh eyes, and realized that many chapters needed rewrites. So, that's the first thing I started working on.

As it turns out, some rewrites are easier than others. Some require a substantial amount of effort. I worked through all of it, smoothing and rewording, deleting entire sections and replacing them with new prose, and poring over my work with an intensity I couldn't afford during the last year.

I'm really looking forward to sharing this story with you all. Now that I've had some time to rework the text, I'm far more confident that you will enjoy Denton's new journey. There will be hardships ahead, and clues sprinkled throughout, as we travel toward the great reveal I've been trying to hint at.

When I started writing this series, I had a pretty big plan. A plan that has proven a little difficult to keep hidden. One of the greatest challenges that I've found has been keeping the delicate balance of showing just enough without showing too much. There have been some great guesses so far, but I cannot say how close or how far they might be from the hidden truth.

If you haven't seen it already, Kupel did an amazing review of Second Chance on his YouTube channel, A Kupel of Books.

As I mentioned in this previous post, The Broken Blade is somewhat darker than Second Chance. Denton finds himself dealing with the aftermath of his encounter with the Necromancer in Duskmorrow Swamp. He heads to the Frostwind Mountains, setting out alone against the advice of his closest friends, all in his pursuit of the Pristine Snowthistles Margaret charged him with finding.

(By the way, if you missed the bonus chapter after the Author Notes, I highly recommend you go back and give it a read. It closes a lot of threads in Book 1 and helps set the stage for Book 2. However, I've done my best to start the second book in a way that will help explain what you might have missed in case you didn't catch it and don't want to go back to give it a read.)

It doesn't take long for Denton to realize that not all is right in the Frostwind Mountains. There is a darkness lurking in the zone, and he is once again called to the challenge. The party is soon reunited and set out together to defeat the first of three Prime Wendigoes.

Dumahi the Fallen awaits, lurking silently amongst the ice and snow.

Post a comment below if you would be interested in getting early access to chapters from The Broken Blade. I have thought about posting them up on Patreon, but I need to get an idea if there's even any interest. If you all would rather wait until the book comes out, that's the easiest option.

Let me know your thoughts in the comments below!

Hey. Hey you. Were you looking for this?

4 Comments on “The Broken Blade: An Update”