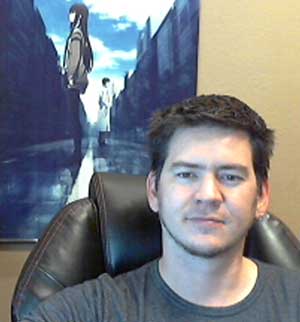 I don’t really like that the new regeneration for The Doctor is female.

What? A female Doctor Who?!

I didn’t like it with The Master, but I wasn’t aware of what his other regenerations were. (Before he showed up as a rocket-stealing old man, that is.) If it was just one random gender flop after a long string of male versions, I consider it to be a cheap gimmick. Nothing more.

If your instant reaction is to call me a misogynist, please hear me out.

I am a father. And as a father of two girls and three boys, do I think the 13th regeneration of a fictional alien character empowers any of my children?

Nope.
Not one bit.

I think that it’s safe to say that none of my children will ever be timelords.
Now let’s talk about gimmicks and why I think it’s important to distinguish them from real empowerment.

Are you ready?
More important than a single regeneration of The Master, who was a character much like Loki in many ways and always full of tricks, is one detail that’s often overlooked. More on that in a minute. First, do you know what empowerment really looks like? It looks just like you. It looks like me. It looks like people who don’t look like you or me. Empowerment is a force that allows us to become better than we are.

A female version of The Doctor might do it, given time and good writing, but not by default. To be empowered almost implies that we are at a state of less-than, but are bestowed an outside path toward betterment. A confident woman does not need to be empowered externally. She empowers herself through facing the adversities she encounters. Funny enough, facing adversity prepares us to face larger adversities. The more we face, the more confidence we gain in our own abilities, which fuels the progression.

Now, back to that earlier point: the one missing detail. What is it like to be a female timelord? Would I ask The Master or The Doctor? Only if I wanted a male opinion. Presumably, they would only be able to compare to what they remembered of their past lives as men. Do you want the real scoop? Ask Jenny.

All these people are blowing up my social media feeds and laughing at feelings that differ from their own. People are slinging words like misogyny and bigotry like they don’t cause pain and turn people against one another. Most of these people are strangers. Some are people I know. My heart hurts for them. My brain struggles against why I believe this whole thing is a sham and the idea that as a “cis white male” my opinion doesn’t count, or that I should be silent.

But as a father to two daughters who values real role models over reskinned male personas, I ask you…. What about Jenny?
Jenny is The Doctor’s daughter. She’s out there, having adventures and doing who knows what. She wasn’t born in the usual way. She has no mother to speak of. She’s all alone. No tardis. No companions, as far as we’re aware.

She is self-empowered. She’s not just some gimmick or writing trick, but apparently, she just isn’t as interesting as a long line of male regenerations suddenly showing up as a female. Think about that. Think about it long and hard. If you have a daughter, think about her. Which story makes more sense?

You can keep your Doctor… give us Jenny.

2 Comments on “What I think about a female Doctor Who”