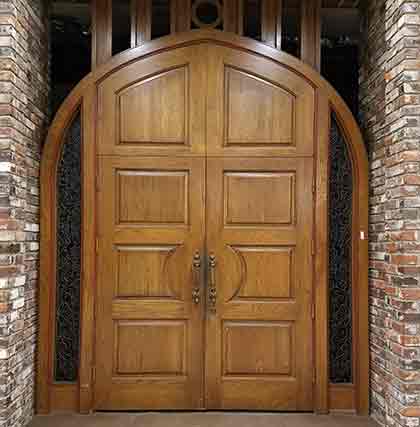 How did I find myself teaching a creative writing class?

For the past few weeks, I've been teaching a creative writing to a small group of kids in a homeschool coop group we're a part of. We get together every Friday and teach various classes, from scripting in python to building with Legos, from cooking creations to outdoor survival and forensics, to... well.. creative writing, and so much more. Our kids love it and I'm so glad we're a part of such an amazing group.

To be honest, this is the first time I've attempted to teach a class. I wasn't really involved last year, but this year I started the first semester by helping out in the nursery, where our wee little guy spends his time. With a bit of encouragement from my wife, I decided to branch out a little this semester and it's been a really great experience.

I still help out in the nursery, where I get to spend some great time with my youngest and catch up with the latest mommy gossip. Why, just the other week I learned about alpha male squirrels, and I must say, it was a conversation I'm glad I didn't miss!

I get pretty bad migraines, so that's been a concern of mine, but I've only had one instance where I ended up with a full-blown episode while we were there. It was before I started teaching this class. I was helping in the nursery and I barely made it through. Luckily, my wife is my co-teacher for my class and I feel very fortunate to have her around as backup.

Opening the door of creative writing for eager, young minds.

The first week was pretty interesting. I have a lot more girls than boys in the class and it was fairly obvious that a decent number of the kids were there because their parents chose the class for them. Honestly? That was perfectly okay with me. I began with my introduction to what creative writing meant, as far as my class was concerned, and we passed out special notebooks and pencils.

That was when I hit them with the biggest mind-blowing concept they'd probably ever heard. I told them that they each had the special ability to tell their own unique stories. Since our writing is influenced by our experiences, our thoughts, and our dreams, no one else in the world could ever write the exact same story unless they were intentionally trying to copy it. All the little details and the nuances would be unique to them. This really did it for them. One of the students, who had proudly proclaimed that he had no intention of writing stories and that he hated reading ended up being our most prolific sharer.

Watching these kids over the past few weeks has been such a tremendous blessing. Each week they are given 15 minutes to write a story based on a writing prompt. I haven't once heard a moan or complaint that it wasn't enough time or that they didn't want to. I make it easy for them, I tell them to write whatever comes to their minds, even if it seems completely unrelated to the prompt. I think just having that out has helped them overcome their own fears. And the stories... oh, you wouldn't believe the stories... These kids can write! I mean, some of the stories have been re-tellings of other versions, but they still unique in their own ways.

My biggest lessons have come from my own fears from when I was younger...

The most important thing I've tried to do has been to break down any barriers these kids might have. When I first started showing a desire to write, I was so confused by writing structure. I feared writing dialogue because I was afraid to get the punctuation wrong. When I asked my English teacher, I didn't get an explanation that made sense, so I gave up and moved on to other forms of writing. I wrote poems and short stories that contained very little, if any, dialogue.

So, that was my biggest thing to tackle right out the gate. Hey, looking back, I know what the answer would have been for me. I should have picked up my favorite novel and copied the first few chapters, paying close attention to paragraph length, punctuation, and all the nitty-gritty rule-stuffs. That would have answered the how's for me back then. But these kids are even younger than I was when I really started taking it seriously. So my rule for them is that writing rules don't matter right now. I tell them not to worry, as long as they can read what they've written, it's good enough for this stage. Once we get past drafting, we will start looking at the writing rules.

One of my biggest problems is that I tend to self-edit while writing. I don't want these kids ending up in that quagmire. As far as my class goes, there is a time for editing and it doesn't belong in the creative process. If they keep going after the semester is over, these kids should be well on their way to trusting their own creativity. I can't tell you how amazing it feels to be a part of that.