The words made my stomach sink. I felt nauseous. I wanted to get up from my chair and walk outside. But things weren't that easy. There was work to do and I had to stay right where I was.

I sat in my chair and kept my eyes glued to the screen.

I read the email again.

Thanks for contacting [the agency]. It is unfortunate that you were not selected for the position. We are using this opportunity to encourage you to continue applying to open positions of interest with [the agency]. Wish you the best of luck in future applications.

I had felt pretty good about the interview at first.

Time passed and I could almost see a different future play out.

Then I started second-guessing my answers to the interview questions. 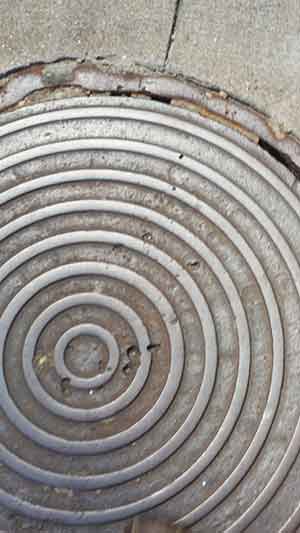 I cringed. Did I really say that?

But maybe I was just overthinking it? I mean, it seemed like I got along well with the panel. Jokes were told. The mood was lax. But was it too lax? Did that lack of pressure throw me off my game?

Now that the words of rejection were staring me in the face, I couldn’t avoid the horrible truth:

My interview performance wasn’t the best… and the doubts that had crept in after the fact were justified.

Once I took some time to really think about my answers, I started seeing how someone might interpret them differently than I meant to come across. What I thought had been a positive could have been taken in a very negative light.

But there were no do-overs.

What was done was done.

I think I know where I messed up. And, while it's unfortunate to learn those lessons after interviewing for a position you were really hoping to get, there are certainly worse things in life.

And it's really given me an opportunity to consider where I'm at and where I'm going. I've been able to re-prioritize a few things; one of which is my health.

You know, I had a blog post up on my old blog. It was called something like, The Nicest Rejection Letter I've Ever Received.

And it was just that: a very nice rejection letter.

And like this one, it came at a time when I was really hoping to get the new job.

I was was doing contract IT work at the time. And, if I remember correctly, I had just found out that the promises I was given at the time I took the position were totally bunk. The supervisor was in a pinch and wanted to hire me right away. In the process, he'd made deals that he apparently knew he couldn't keep.

I enjoyed my job and I excelled at it, but it was time to look for something else.

Unfortunately, after interviewing for this particular position, I was notified that I was not selected.

As it turns out, the road to where we're headed doesn't always take the turns we think it might.

But the hiring manager was kind enough to take the time to hand-write a rejection letter, and sent it by post, explaining that it had been a very difficult decision.

We were all very impressed by you during our interview. This has been one of the hardest hirings I’ve been involved with, because my mind keeps coming back to you. The gentleman we offered the job to has more than 6 years specialization in the exact job duties we were searching for, but I can’t help but wonder if I’ve made the right choice – that doubt is very unusual for me, and it just tells me how impressed I was. If you’re still interested in working with us, do you want me to keep your contact info and let you know when we have another opening? If so, please drop me an email w/ your contact info. [Email Address]

I’m glad you still have time before you must jump ship, and wish you all the best.

After a few months, the supervisor contacted me again and asked if I would be open to going out to lunch.

I had found something else by then, but I believed in the organization and what they were trying to do. It was something I could see myself doing long term, and I knew I'd be able to make a difference there.

So I accepted the invite.

It turned out that the other applicant had sold them on a bunch of promises; promises that I hadn't been willing to make during the interview. Promises that I knew were impossible without some form of system design compromise (opening firewall ports, or setting up a specialized DMZ).

But there was some good news.

The job came with a 1 year probation period. And the guy they hired was still in the window to let go. But they had to act fast. If they waited too long, he'd be permanent.

So, during that fateful lunch, it was proposed that they might do just that... let the guy go. They just wanted an umbrella policy: I was asked if I would be willing to fill his shoes.

All of this to say that things don't always work out the way we want them to, but that isn't always a bad thing.

My health has been an issue lately.

I went to a specialist on Friday, and I can honestly say that it never would have happened if I'd been offered this other job.

As a result, I'm now on a few new medications. I don't like it. I wish I didn't need it. But that's just the way it is. I'm in dangerous territory. And if I don't act now, I probably won't live too long without some severely diminished capacity. Not getting this job might have been the thing that saved me.

We don't always get what we want, but more often than not it seems we get exactly what we need.

6 Comments on “Missing the Mark”